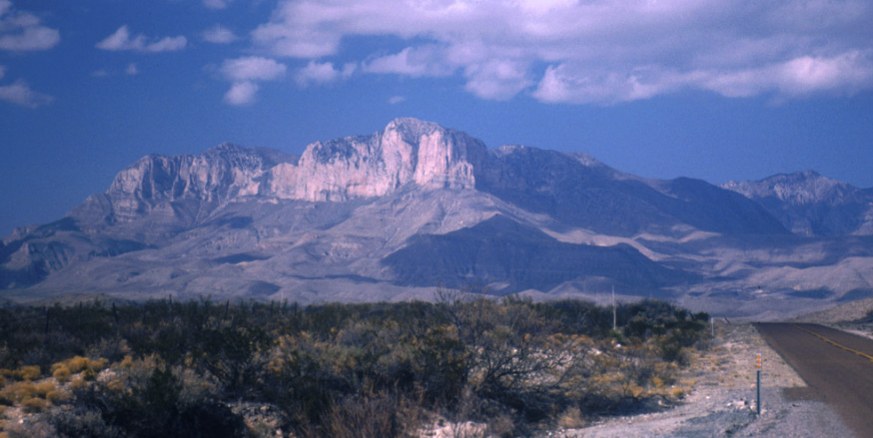 There’s a very interesting  administrative history of the park, published in 1973, here (PDF here). If you’re interested in the background of the park you may find interesting its history from the time of its early landowners through the political and bureaucratic shenanigans of how it came to be . Quite a debt is owed to J. C. Hunter (Senior and Junior) for being somewhat conservation-minded for the time; also to Wallace Pratt for envisioning the land as a park. Did you know Pratt (among others) had foreseen a “Skyline Drive” not unlike what is at the Blueridge Skyway? And there was long a desire to build a series of trams from the visitor center at Pine Springs to the summit of Guadalupe Peak? To this day the wilderness boundary excludes the proposed path of that tramway. (See the “Master Plan” here:PDF here )

I’ll add more here some day, but for now the takeaway is: in the earliest days of Guadalupe Mountains National Park there was a decision made between keeping it mostly wild, not easily accessible, and a “hiker’s” park, or fully accommodating automobile and other passersby and making it a “drive-thru” park and the choice was made to keep it the former.

Visitor use of the park will be seriously impeded until motels,restaurants, and campgrounds become available within a convenient distance. Because it contains no existing facilities, this park offers an excellent opportunity for an enlightened approach to meeting essential visitor needs while maintaining a regard for park values.
–from Appendix A of the 1973 Master Plan