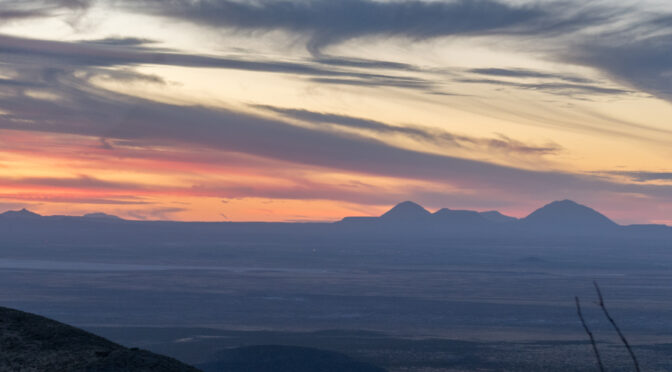 I spent most of a week in mid-November (2017) at Guadalupe Mountains National Park (GUMO). Camped 4 days/nights; at Pine Spring CG and in the middle an out/back overnight to the Shumard Canyon backcountry site. I don’t have a *lot* of info to add; i’ve done the El Cap/Overlook trail several times over the decades so didn’t take many photos. I had never done the Shumard Canyon stretch before so this was all new to me. It turned out to be quite challenging due to the trail conditions, and I took very few pics (even though i’d intended to do some night photography). That happens.

Peak color had just passed, it seems. I did Devil’s Hall on Tuesday morning and there was some, but most fading to brown.

Pine Springs CG was moderately full. I got there Monday afternoon after a drive from Austin, several spots available (this is #6) but every day at sunset you could sense a panic of the late arriving campers staking out their claims. The one day I was around at midday, I walked around and noticed several sites available.

Double checking pack; that’s a new tent btw, but too big for backpacking I think. The tent I was going to use seems to have gotten wet in storage at some point and fly attachment point tore off. So I got a new one, the Marmot Tungsten 2P shown here, but then figured “what the hell” and took no tent on the backpack.

The rest of the hike, particularly beyond the second horse tie ups, got gnarly to a degree.
After the overlook, the trail becomes terra incognita to me; and it (the trail) was in very bad shape. Barely maintained, overgrown with Cholla cactus, Prickly Pear, Mesquite …insert your favorite grabbing/poking/sticking succulent here.

Also in many places the “trail” was just an idea, little more than a game trail, six inches wide on the side of the mountain. I had spoken with an NPS worker the day before and he had said, “yeah, it’s bad in places… a horse fell off the trail over there.” I think I saw the spot and he didn’t fall so much as the trail just gave out beneath him. or her.

The trip had taken more out of me than I had anticipated, the rough trail combined with the rather short day meant i couldn’t take my time, although I certainly wasn’t making good time. So there was a bit of a sense of urgency when I got to camp. I began recalculating my water use/needs and thought “Damn, this may cut it close.” I figured I had three full liters plus what was left in my hydration pack inside my pack. I wasn’t that hungry so skipped using any water for supper (or in the morning) and figured i would drink out of my pack at night, which i did, and felt good in the morning ready to go. ( I ate gorp (of course!) and jerky). 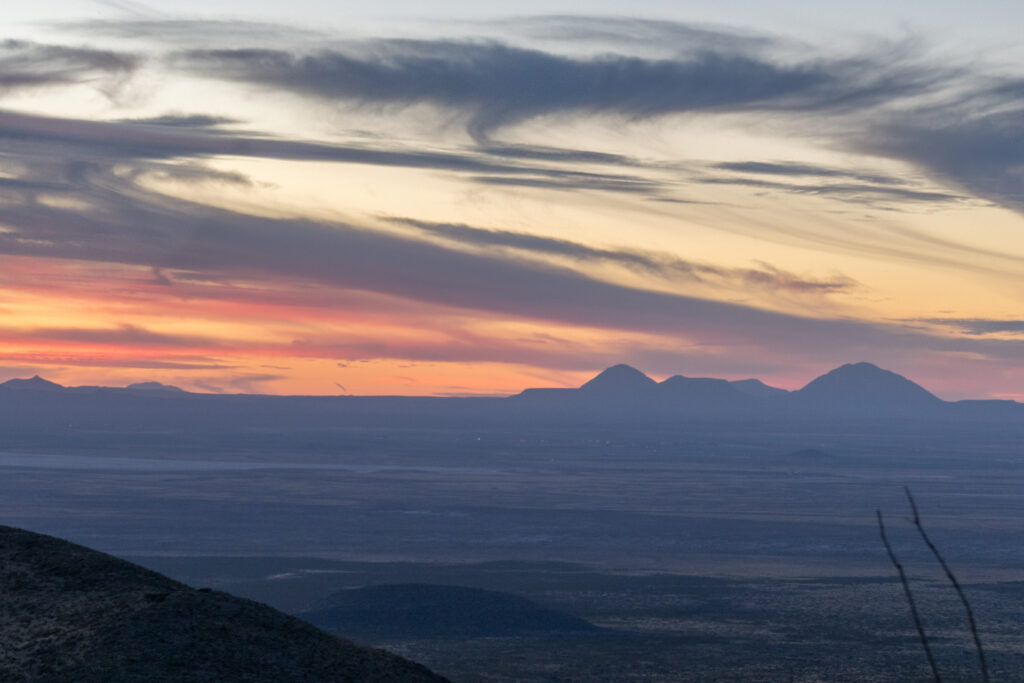 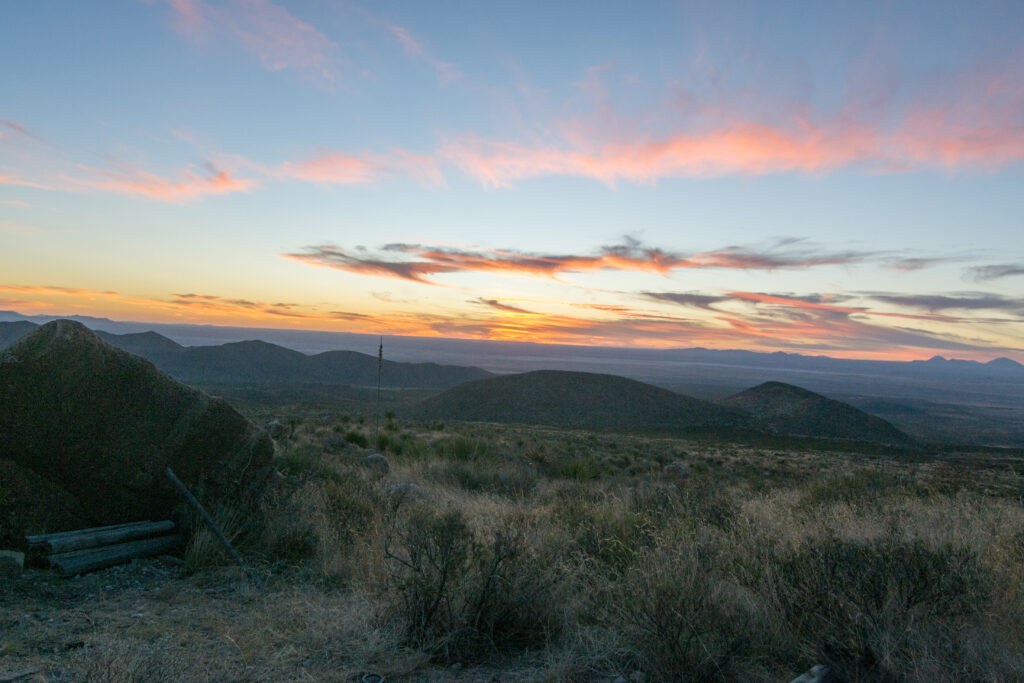 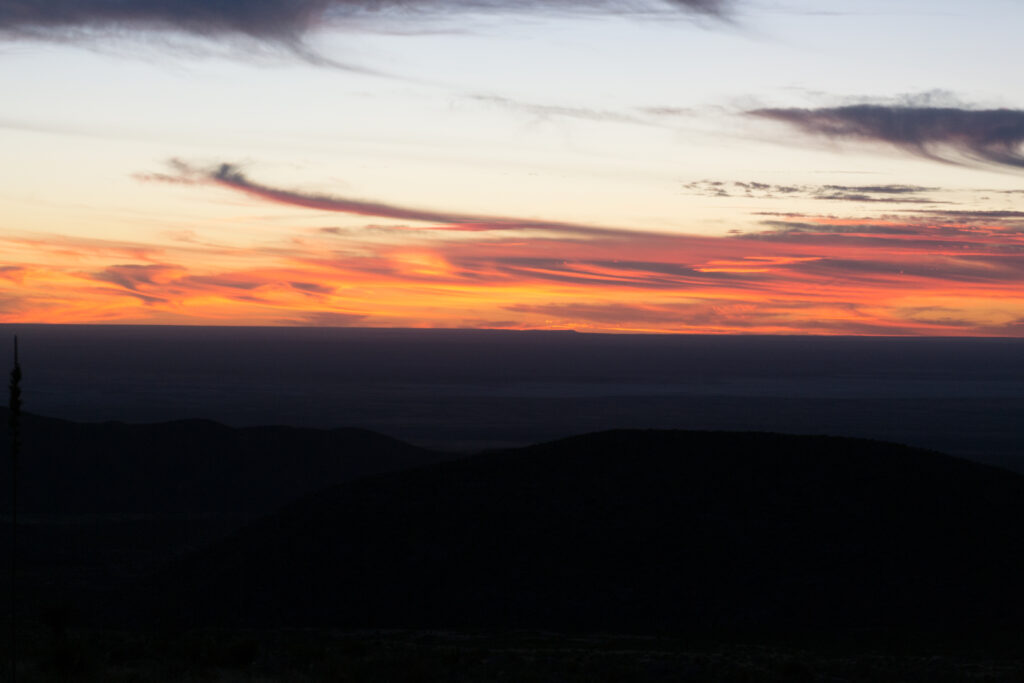 As I was packing up to start the return hike in the morning, I transferred, carefully, the water from one of my 1.5L bottles to the hydration bladder. I had somewhat luxuriously swigged half of the other 1.5l bottle. A little later, as I hoisted the pack to my shoulders, I noticed a few drops of water on a stone near my pack. Obviously, drops of water ain’t normal to see on stones in that part of the country, and i had an “O Shit” moment. Put my pack down and stuck my hand in the sleeve that holds the water bladder and yeah, about an inch of water down there and running into the sand. I made a somewhat comical scene attempting to recover that water, (maybe got one or two cups into a bottle.)
So suddenly I realized i would need to ration myself on the return. Which I did; I had the now depleted bit left in my Platypus bladder, plus about .8-1.0 L in the other bottle (my reserve). I told myself I needed to get back out of the canyon first, thence on to the overlook hopefully without dipping into the reserve.

After the hike up to the top, still had a long way to go but the most difficult part physically was done.

I made it back to the overlook, after a lot of fairly slow going; as I limited my water consumption. At the overlook I took a couple of gluttonous long pulls on the hydration bag and on the second one heard the rattle of a nearly empty Platypus bag. Oh well, it was about how I’d planned it anyway. I pulled out the reserve bottle and rationed it over the next 4-5 miles, a finger at a time. So, I made it back. But it was unpleasant. And very slow. And educational.
My next step would have been to drop the pack. I was just surprised by how slowly i was going on the uphills, even the fairly mild ones on the return trek.
**I did have a Spot tracking device. I was loathe to use it but would have if absolutely necessary.

I hate to admit it but I do believe getting old has screwed up my mental calculations of how hard something to do is, how much effort it takes out of you.
For next time, I’m carrying an extra liter on top of any calculations I may make for water, and sticking it in the bottom of the pack as a true reserve.
Also seriously considering the ramifications of catastrophic failure, such as the bladder rupturing (not just a leak at the top seal).